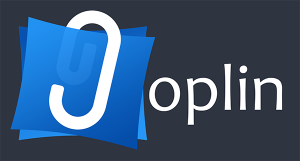 Joplin is a straightforward, Electron-based application that allows you to add and manage notes and to-do lists. Before hastily labeling Joplin as “just another humdrum note-taking app,” here a few interesting facts: this is an open source, cross-platform app that comes with clients for all the major platforms such as Windows, macOS, and Linux, as well as for Android (with an iOS app currently in the works).

Naturally, the application boasts synchronization capabilities, meaning that your notes and all their associated metadata can be synchronized between your devices, as well as with targets such as Microsoft OneDrive.

As expected, the app provides you with multiple options for organizing your notes, as well. For instance, both notes and to-do lists can be organized into notebooks. The content can also be classified with the help of tags, thus improving the overall searchability.

It’s also worth pointing out that Joplin makes it possible for you to import notes from Evernote (via .enex files). What you need to know is the fact that the by doing so, the resources (images and attachments) and the complete metadata of your notes remain untouched, including geolocation, and the times at which the notes have been modified or created.

The app does not have any special requirements and it can be deployed on your computer’s system effortlessly, mainly thanks to its automated installer. The interface is pragmatic and straightforward, which should make the app quite approachable even for beginners.

To conclude, if you’re currently on the lookout for a cross-platform app capable of handling both comprehensive notes and basic to-do lists in offline mode, and featuring synchronization capabilities, then you might as well give Joplin a quick try.

Joplin is a free, open-source note taking and to-do application for Windows PC, which can handle a large number of notes organized into notebooks. The notes are searchable, can be copied, tagged, and modified either from the applications directly or from your own text editor. The notes are in Markdown format.

Notes exported from Evernote via .enex files can be imported into Joplin app, including the formatted content (which is converted to Markdown), resources (images, attachments, etc.), and complete metadata (geolocation, updated time, created time, etc.). Plain Markdown files can also be imported.

The notes can be synchronized with various cloud services including Nextcloud, Dropbox, OneDrive, WebDAV, or the file system (for example with a network directory). When synchronizing the notes, notebooks, tags, and other metadata are saved to plain text files that can be easily inspected, backed up, and moved around.

The application is available for Windows, Linux, macOS, Android, and iOS (the terminal app also works on FreeBSD). A Web Clipper, to save web pages and screenshots from your browser, is also available for Firefox and Chrome.